What if electric bikes were as cheap as conventional bikes? 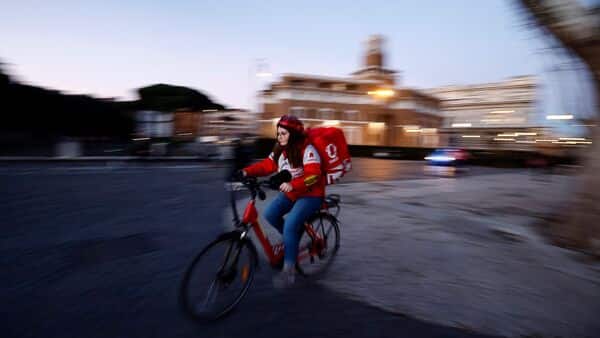 What if electric bikes were as cheap as conventional bikes?

Last month, as part of our series on how to accelerate the transition from fossil fuels in the wake of Russia’s invasion of Ukraine, I wrote about how protected bike lanes are the best way to encourage the use of e-bikes (and traditional ones) for daily transit. People generally don’t ride bikes of any kind where they don’t feel safe, so infrastructure is paramount. But bike paths alone are not always enough.

Take, for example, Portland. The city has steadily expanded its network of greenways and bike paths for decades, but the share of vehicle-kilometres traveled by bike has hovered stubbornly around 7%. In recent years it has even started to erode, moving the city away from its climate target of reaching a 25% modal share for bicycles by 2035. “They’ve done an incredible amount of cycling infrastructure development in city,” says John MacArthur, sustainable transportation program manager at Portland State University’s Transportation Research and Education Center (TREC), “And we’re still running into the 7 percent.”

What else can be done to break through? MacArthur thinks e-bikes themselves can be a catalyst. The thrust of the electric motor helps lower the barriers that arise even when people have access to safe streets – shortening the time and effort needed to make long journeys, making it easier to transport goods and allowing passengers to get to their destination without breaking a sweat.

But this extra utility comes at an extra cost. According to a white paper published last month by MacArthur and three other researchers, the average cost of a conventional bicycle purchased from a specialty store in the United States is $753, while the average cost of commuter or leisure e-bikes is $2,600. For cargo e-bikes, the average sticker price is $5,000. MacArthur says policymakers looking to unlock the power of e-bikes and integrate transit with cycling should consider taking on some of that expense.

The Build Back Better spending bill passed by the House last November included a tax credit of up to $900 for the purchase of an e-bike, but the legislation’s death in the Senate left little hope to see a federal incentive soon. Action is now at the state and local level. In their white paper, titled “Using Electric Bike Incentive Programs to Expand the Market,” MacArthur and his co-authors identify more than 40 active and pilot programs in the United States and Canada, with incentives ranging from $100 to over $1,000. The recently launched program in Denver, which offered rebates of up to $1,200 to income-qualified buyers, reached budget capacity in less than three weeks.

MacArthur is planning a survey that would help inform policy makers about how much consumers say they are willing to pay for different types of e-bikes. In the meantime, he says, a good goal is to bring the cost of an e-bike down to that of a well-built conventional bike, just as the incentives for e-cars were aimed at achieving price parity with engine models. comparable combustion.

“At a lower cost, people are more willing to try it,” he says of e-bikes. “And we found in our research that once people try them, they stick with them.”

This story was published from a news feed with no text edits.

* Thank you for subscribing to our newsletter.