Why an e-bike might be the right fit for Honolulu 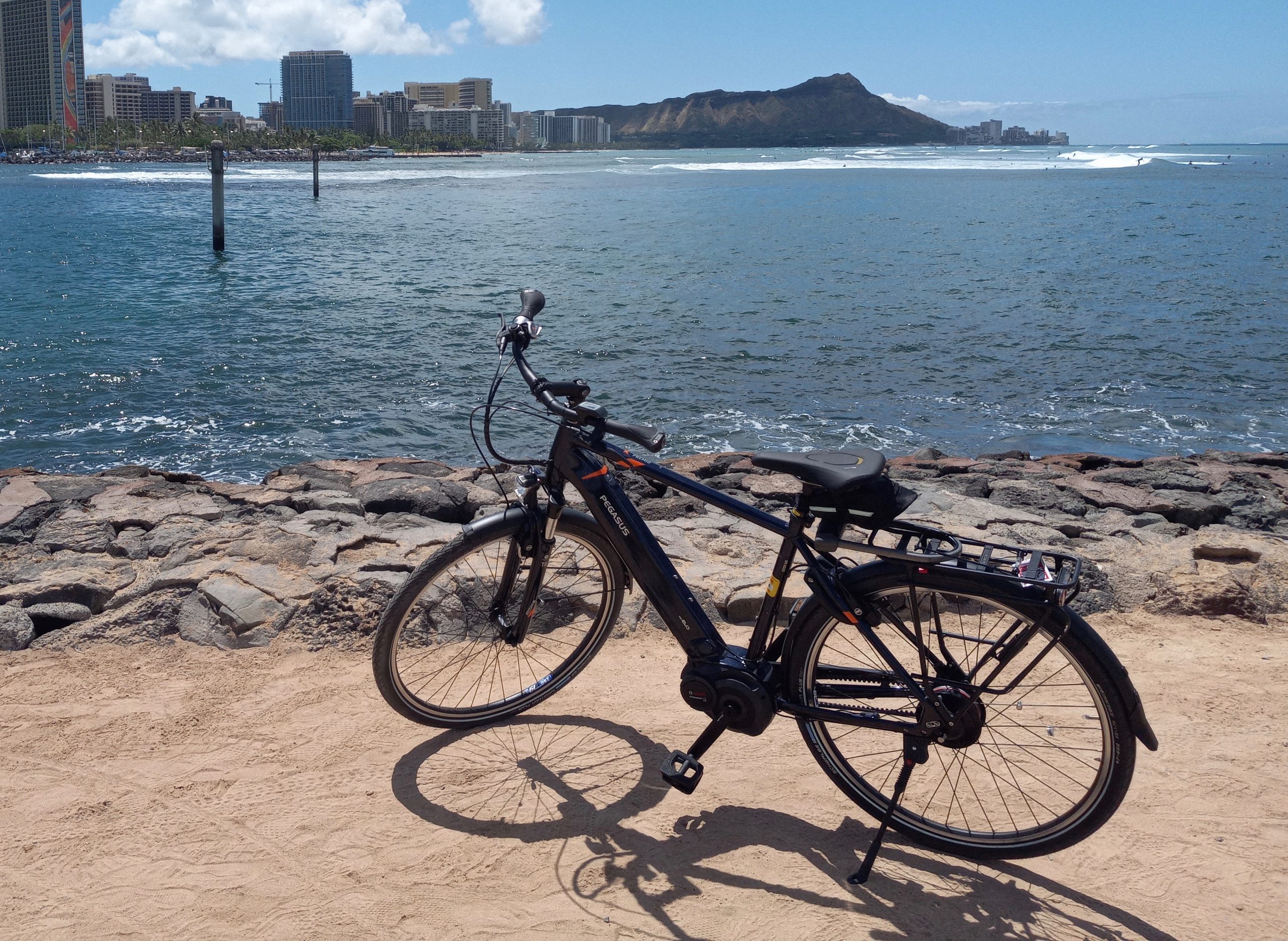 Why an e-bike might be the right fit for Honolulu

As a proud owner of an electric bike since May, I wanted to share my experiences and my analyses.

E-bikes are gaining popularity all over the world, including Hawaii, despite very little support from the federal government, unlike electric cars which have a lot of subsidies and infrastructure support. It was even then that e-bikes outsold electric cars in the United States.

Studies have shown that people on average exercise more on e-bikes than on regular bikes. They are more about them on average because they are having so much fun.

It’s true for me. I plateaued on weight loss on a regular bike, but started losing weight again when I bought my e-bike in May. I probably used my electric bike at least twice as much as with a normal bike.

No, it’s not cheating

It’s a common argument that e-bike riders are “cheating”. But most e-cyclists say they get more exercise than on regular bikes. And there is no evidence that e-bikers use their bikes in non-e-bike competitions. This is not a competition to run errands, commute or run a small business. This argument also falls apart if people choose to use e-bikes over cars.

Electric bikes make going up hills much easier, especially those with motors designed for hills. You’ll also be able to see more in less time, as even the slowest e-bike travels at 20 mph with pedal assist, meaning you have to pedal to get the power. Some e-bikes have a top speed of 28 mph on pedal assist while still being able to take paths that cars can’t.

Some bikes have throttles, which means you just turn a knob and it carries you on its own. They are associated with pedal assistance modes so as not to make it a moped. Being able to choose the level of assistance is great because you can choose the amount of exercise or the intensity of your workout.

There are some downsides to using and owning an e-bike. They are expensive, costing around $1,000 for reputable brands. The bike is also single-speed, gear-wise, although you have a choice when it comes to motor-assist levels.

You can save money by buying cheaper bikes with traditional chains and derailleurs. Although they are less expensive, they require more maintenance, more frequently. And you could end up spending more money in the long run due to maintenance and replacement costs.

Because they are so expensive, e-bikes can be tempting targets for thieves. You’ll want to lock them away for peace of mind. I use a cafe lock only on deliveries with a brake lock that has an alarm function. For errands and longer trips I use 2 D locks – a cafe lock that acts as a boot for the rear tire and a chain that attaches to the D lock. Electric bikes also weigh more than conventional bikes , so they are harder to steal if properly locked.

Since there are fewer e-bikes than conventional bikes, most riders don’t expect you to go 20 mph and instead expect you to go slower. Even though they’re supposed to give in, if they see you coming, they may turn into your lane because they think you’re moving slower than you actually are.

But that will change over time as e-bikes grow in popularity. And collisions resulting in death are rare, according to the Hawaii Department of Transportation.

There is some debate over whether to wear a helmet with e-bikes. Personally, I don’t wear a helmet on my one mile work commute, as it’s on shared-use trails with pedestrians, where buses never try to pass me, and the speed limit is 15 mph (risk of death and injury is incredibly low at this speed).

However, during deliveries, I wear a helmet all the time, as I’m in heavier traffic and going to areas where I’m less familiar with traffic patterns. A headset also helps restaurant staff identify me as a delivery person.

You can earn an income much more easily with an electric bike than with a bicycle. For me personally, the income I got more than paid for my e-bike. As a bike delivery person, I make anywhere from $18 to $50 an hour depending on the time of day, day of the week, and weather. I have a full-time office job now, but I still do deliveries on weekends and some evenings.

I had a lot of fun on my electric bike. It’s the first vehicle I’ve ever bought — my previous, non-electric bike was a gift from a friend. I don’t have a car and I never intend to have one.

Growing up here on Oahu, my single mom raised me and my sister, never driving. We walked everywhere and took the bus for longer distances. I could take him for rides on my next electric bike.

Sign up for our FREE morning newsletter and face more informed every day.