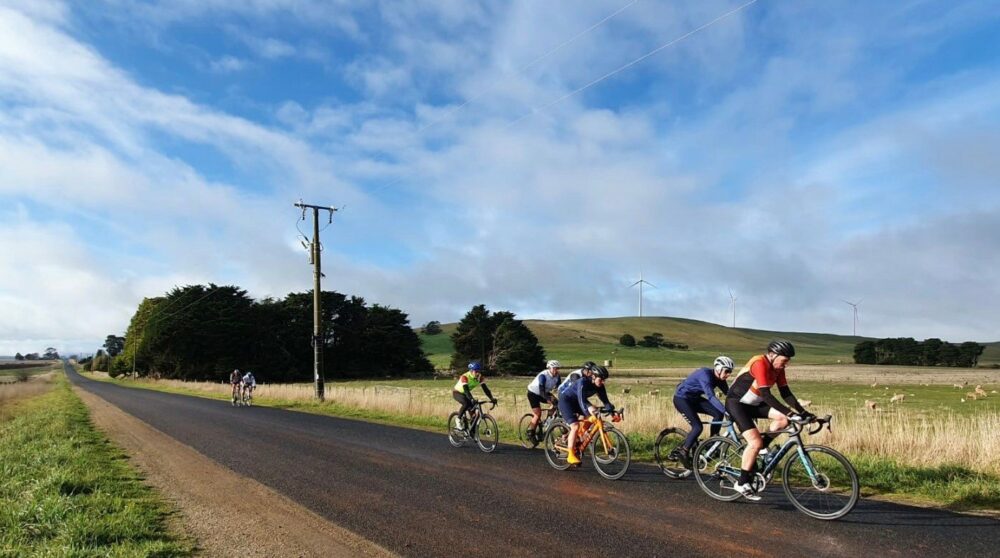 THE weather gods have finally smiled on the Winter Aggregate Race Series, with Eureka Cycling Club putting together round three in pretty good conditions for late June, with a light breeze and just a sprinkle of rain at the end of the race.

Relatively balanced, each of the riders found themselves at the head of the peloton during the event.

The six runners were still on the hunt with five kilometers to go. Brien launched an uphill attack and only Braszell and Mirabella were able to respond quickly enough.

The trio maintained their advantage from 50 yards until the final hundred yards where Braszell escaped for an easy win in the pouring rain.

Divisions 2 and 3 were combined for the race and nine riders pulled away from the starting line.

Peter Livitsanis was determined to put the pressure on the peloton quickly, with guest rider Simon Bell of the Northern Cycling Club and Jeremy Humber keen to help.

All attacks were called off during the race and the peloton only split on the final climb up to Weatherboard as the rain poured down.

Bell managed to break free for the last few kilometers and take a complete victory, while the peloton prepared for a sprint.

As always, the runners and the committee thank the volunteers who made the race possible. Lois Goldfinch for clubroom management, as well as road marshals Shane Clarke, Scott Keating and Patrick Shaw and race officials Bill Goldfinch and Graeme Parker.