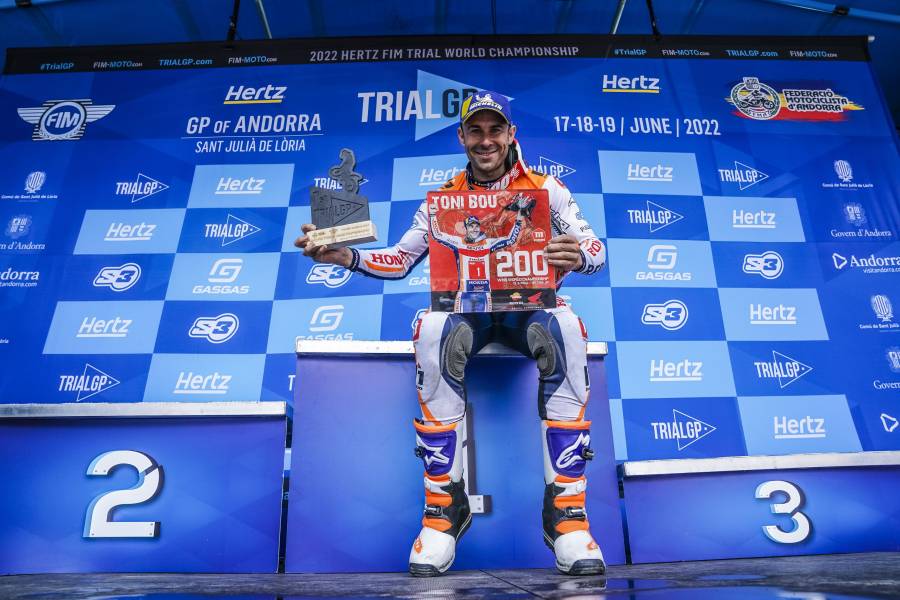 Toni Bou’s track record continues to go from strength to strength, while the desire to keep adding more honors remains as strong as ever. With today’s triumph, the Repsol Honda Trial Team rider becomes the first and only rider to reach 200 World Trials Championship wins, racking up a total of 127 TrialGP wins and 73 X- Trial since its debut in 2003. On day two of the Andorran TrialGP, an improved Bou came out strong, rectifying the mistakes that had let yesterday’s victory slip away, to finish first on the first and second laps. In the overall standings, the Catalan Repsol Honda Trial Team rider now holds the lead in the TrialGP World Championship, 11 points ahead of the second closest rider.

The second day of the TrialGP World Championship turned out to be less positive for Gabriel Marcelli, at least in terms of the final result. Thanks to some very balanced entries this season, the Repsol Honda Trial Team rider from Galicia finished the day in seventh position, while making fewer mistakes than yesterday and showing better riding prowess. Today’s fine result puts Marcelli in seventh place overall in the world championship.

The TrialGP World Championship is taking two weeks off before returning on the weekend of July 8-10 for another double-header in Neunkirchen (Germany).