Zeron get back to the bike early, ride in Lexington 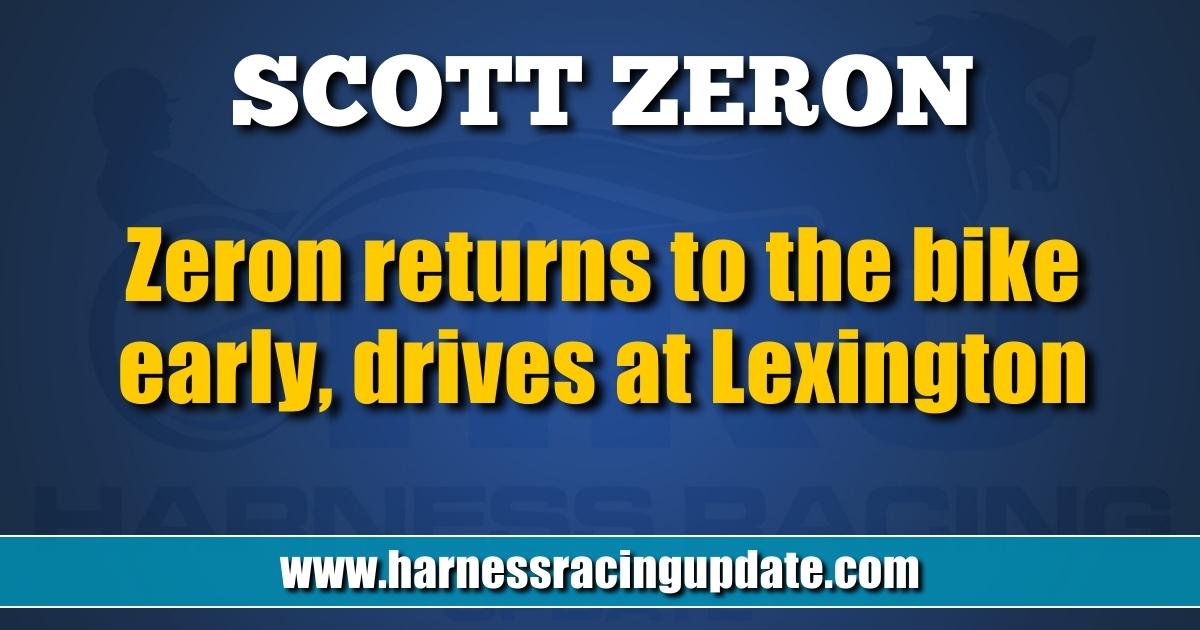 Zeron get back to the bike early, ride in Lexington

Rider Scott Zeron made his sulky return to the Red Mile on Saturday October 8 after being sidelined for more than two months due to injuries sustained in a racing accident on July 26 at The Downs at Mohegan Sun Pocono.

Zeron finished last on his first start after Ants Marching took an early break. The rider finished fourth with Gung Ho in the $99,700 International Stallion Stakes division for 2-year-old colts won by Combustion.

On Sunday, Zeron immediately made his presence felt in race five, finishing second by a head with Bare My Soul in a $10,000 event for eligible Kentucky Filly Futurity.

“I had no intention of driving this weekend, but I have been training horses all week here on Monday, Tuesday and Wednesday, and I felt strong enough to be able to come here and do it. So, it feels good to be back there. Second place still seems…well, it’s even a little worse than before,” Zeron said with a laugh.

“I feel fine. There is no pain involved. My concern was with the muscles that atrophied not being able to train and keep a regular schedule on the racecourse, I was afraid of catching horses I won’t put anyone in a position to use me when I don’t feel like I can be at my best, so I took my time.